A New Battlefield for Image Licensing 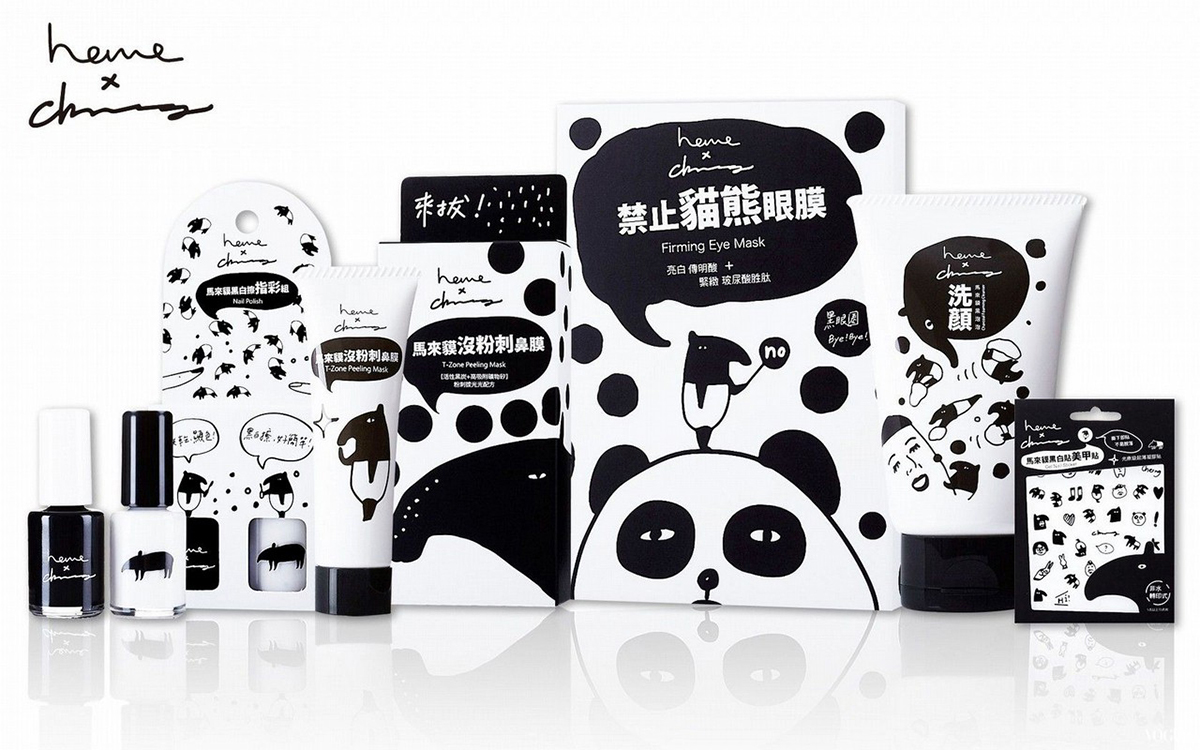 ▲“Cherng” attracted many Japanese fans and got cobranding opportunity with different brands.

It may be surprising to know that image licensing appears all over our daily life. It is present on ordinary merchandise from bags, suitcases, leatherwear, shirts, pants, and shoes, to credit cards, postage stamps, coffee shops, and even aircraft fuselage. Brand licensing is currently one of the most powerful strategies for marketing and brand promotion.

Through resource integration, agents introduce target characters into our life necessities including food, clothing, housing, transportation, and entertainment. They also allow creators to focus on their work, producing an all-win situation for artists, consumers, and agencies alike. For example, HIM International Music crossed over to being a licensing agency and signed a contract for the licensing of the popular illustration character Song Song Meow in 2014. In 2015, HIM participated in the Licensing Japan exhibition hosted by the Ministry of Culture’s “Fresh Taiwan.” The event attracted press from Japanese TV stations to come and do interviews, which increased the popularity of Song Song Meow and Cherng. Moreover, pop-up activities were held in Japan’s Shibuya Loft, where merchandise was released in limited editions. This attracted many fans to visit and shop. 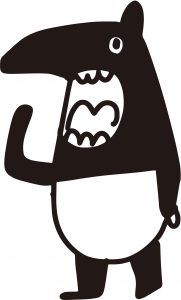 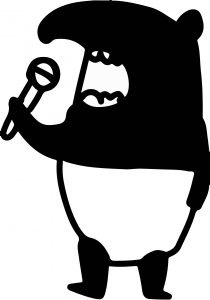 In 2000, Yu-Shan Lee co-founded Jimmy S.P.A. Co., Ltd. with creative artist Jimmy Liao and his older sister. As the pioneers of the time, the operation of their company successfully connected Jimmy’s works to major platforms. This led to the launch of cultural and creative products, movies, stage plays, music albums, street furniture, largescale installation exhibitions, stickers for social apps, as well as community development.

Image licensing is a part of brand building process. As Lee commented at the cultural and creative marketing workshop held by the Ministry of Culture in 2016, “Agents should analyze and interpret authors’ works from the very beginning, whether they come in the form of characters, art, comics, or illustrations. The analysis should focus on image characteristics, character personalities, story content, and even the author’s connotations. Only when you completely understand the author and his/her work would you be able to develop cross-over, cross-disciplinary, and cross-merchandising operations from simple productions of licensed art products.”

On the other hand, the CEO of WOWPIXO Images, Simon Ho, believes that qualified licensing agents should possess the following job functions: perception of market trends, being knowledgeable about industry development in different areas, and skills in brand operations. Moreover, agents would also need to have an optimistic, persistent personality in addition to excellent communication skills. For example, in Hong Kong, where licensing market is more prosperous than in Taiwan, agents are required to speak Cantonese in addition to English.

Now we know the process of licensing products, but how can brands be licensed? The best strategy is to host investment fairs and participate in exhibitions. Before doing so however, you will need a very comprehensive style guide or guide book, which is generally used to organize licensed characters in an easy-to-understand way. It demonstrates the available rooms for applications and operations on image brands. The guide book also follows a set of rules to develop the maximum possible benefits under the regulations. 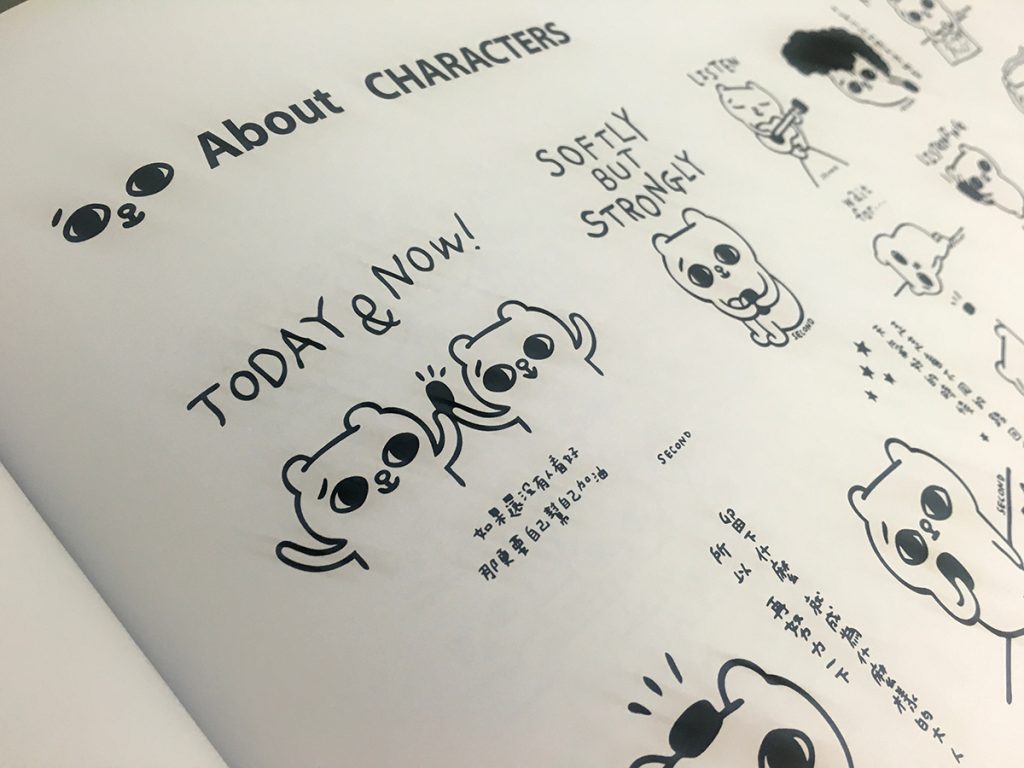 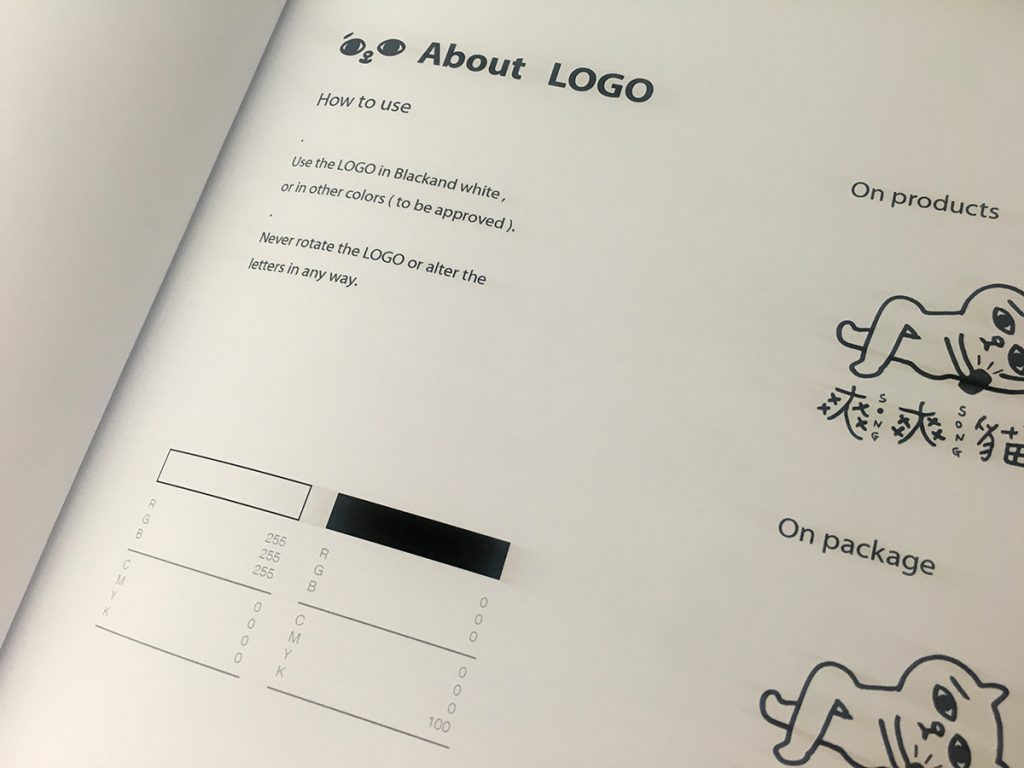 ▲ Style Guide is generally used to organize licensed characters in an easy-tounderstand way. It demonstrates the available rooms for applications and operations on image brands. The guide book also follows a set of rules to developthe maximum possible benefits under the regulations.

Details such as the background story, time and space, personalities, and LOGO trademarks of every image brand must be elaborated on for further expansion and development. The swatch book collects all of the colors that were used in the guide book. The different colors for various thematic designs or seasonal changes can be collectively displayed by top-down categorization. Other categories include character style designs, background demonstrations, packaging examples, and product demonstrations.

According to Wendy Chang at Impact Licensing Marketing Management Consulting, “The first step is categorizing the order for editing by different topics, and adding a text description before every theme.” After different themes are set up, “The next step is to design the posture, movement, facial expression, clothing, and background elements of the characters according to the contexts under each theme. This must be demonstrated in both color and black-andwhite, and the swatch book should also be recorded.” Chang further explains.

As Lee shared, the market’s attitude toward image licensing once was an advertising collaborative strategy of building the image for respective brands through Jimmy’s works. Hence most of the projects used Jimmy’s works as the background images for advertisements, such as in store posters, print ads, and TV commercials. However, the market gradually shifted toward co-branding, for which the brands need to be licensed to use this series of images for promotional product. This is significantly different from what used to be done in the past. 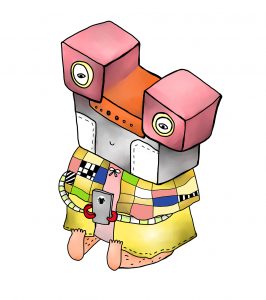 ▲Taiwan has a great aptitude for originality,and U&S Studio is one of the many drivers of Taiwan’s creativity industry. Established by a pairof illustrators in 2012, U&S Studio created the“Barefoot Family” characters-fairies who have hairyfeet and prefer walking barefooted. The studio participated in the Shanghai’s China Licensing Expo in 2016 through the Ministry of Culture’s “Fresh Taiwan” initiative, thus expanding their share in the international licensing market.

Premium gifts are considered another type of products. For the licensing of premium gifts, many brands go over the terms of cooperation very carefully. In addition to wholesale prices, royalties may also be calculated from ex-factory prices, which is about 12% – 16%. 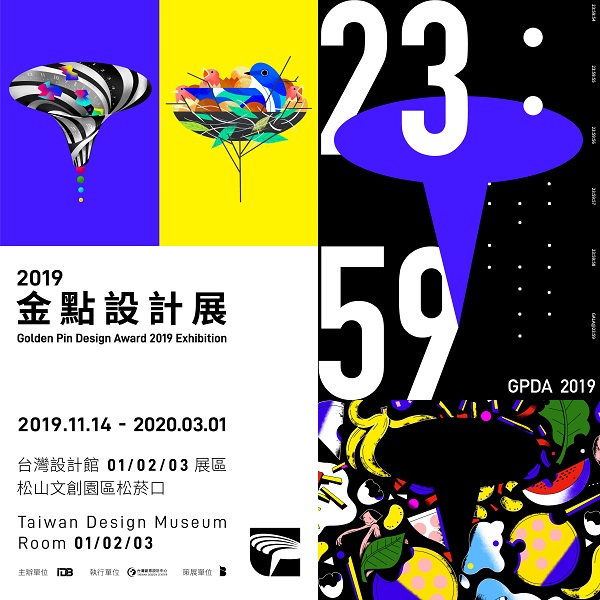